“If you find yourself in a place where you don’t fit at the table, create your own table. The moment you realise you have the power, be passionate, be driven and don’t quit!”

The only thing I wanted when I was younger was to be a financially independent woman. I grew up in a society where your biggest accomplishment as a woman was being someone’s wife. You could tell people that you’re going to university or that you’ve landed your dream job, but the first question they would ask you is if you’re getting married. I personally saw friends and family who were dependent on their husbands, to the point where they couldn’t eat breakfast without their partners allowance. From then on, I knew I had to be financially independent.

I had guidance councillors redirect me to study literature instead of finance, since I did well in my French classes. Being as stubborn as I am, I rejected that notion and took the risk to work in the finance field, particularly the accounting sector. I was inspired by the “Financial Director” plaque I saw when I visited a bank with my mother. At the bank, I saw women who were dressed well and were speaking with such grace, and I knew that if I didn’t own a space like this, I had to work here. I went back to the bank a few weeks later and asked how to become a financial director and the answer was simple: become an accountant. That was all I needed to hear.

I wouldn’t say it was an easy journey though. I was faced with a lot of people telling me that I should quit. “You’re so much better at French”, “are your parents not wasting money for you to go to a school where you are failing?” and “it’s best if you go into nursing” were words that I heard often. But I refused. I believed that this was my purpose and I fell in love with it. It’s not just about being an accountant, but it’s about fulfilling that dream of being financially independent and making an environment where all women can have that opportunity. 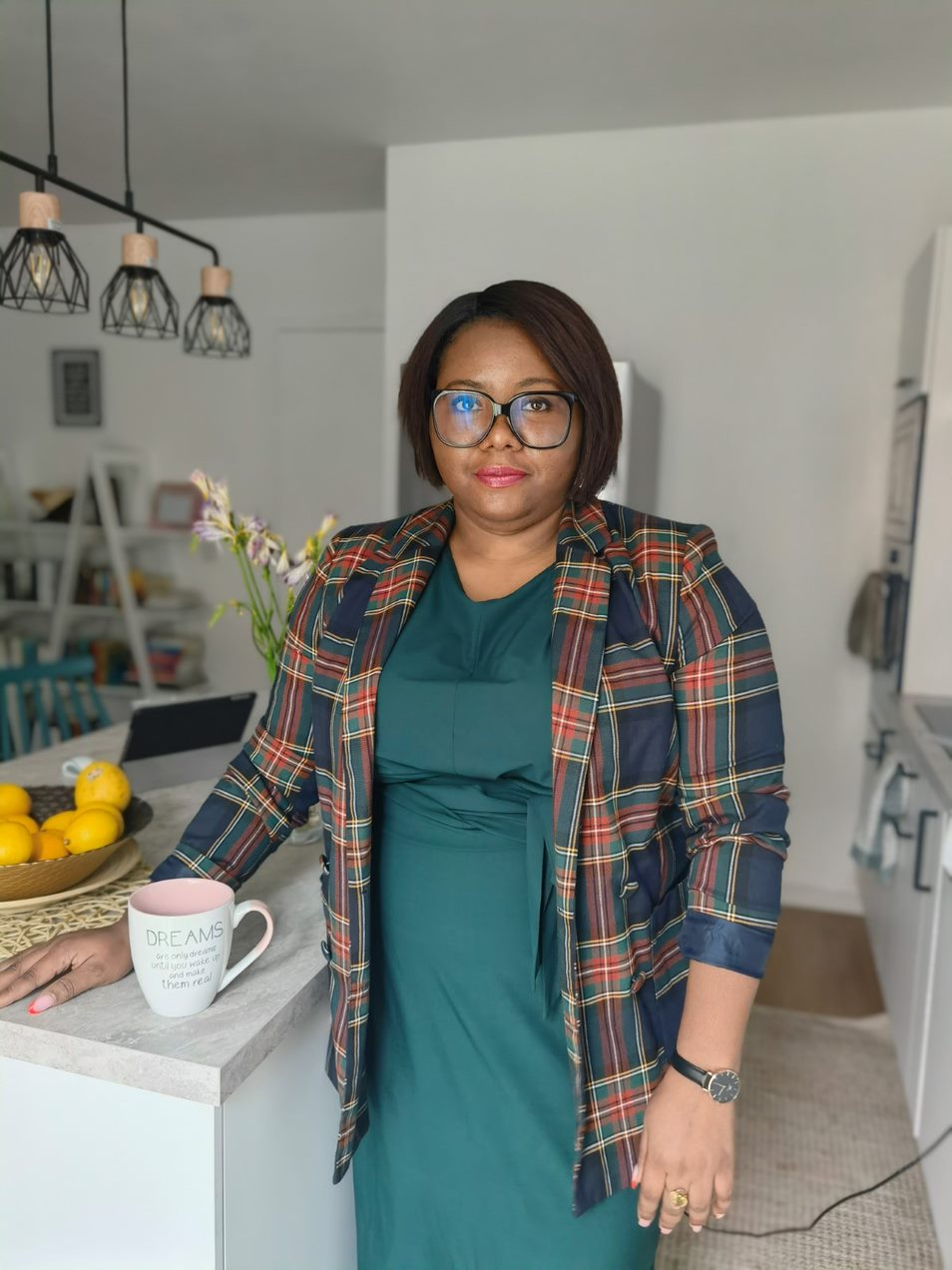 This is so important for women, and especially black women in any type of industry. There have been times where people have made me feel like I do not belong in a certain environment. When I was applying for internships as a young student, my own professor told me that certain companies would not hire me because I am black. This led me to believe that I would be treated differently if I wore my hair in a certain way. I remember when I wore an afro to work for the first time. I was concerned about people thinking that I was unprofessional based on the way my hair looked. I would be nervous to wear my favourite red lipstick, fearing that people would not take me seriously. There was a point in my career where I contemplated bringing my own personal mug to the office. I had this feeling that I didn’t belong for a really long time. I had to learn to be authentically myself, then adapt myself to people’s reactions.

My parents never failed to mention that I belonged in the environment that I was in. This is a message I would send to anybody who is in the same predicament. You have to own it! Wear that bright red lipstick, do your hair the way you want to do it, wear that sunny yellow dress that compliments your skin tone. Especially as a young black woman, you don’t have to assimilate to belong. You don’t have to change the way you dress to belong. You don’t have to change the way you talk to belong. You deserve to be there, in your own blackness and glory. If you find yourself in a place where you don’t fit at the table, create your own table. The moment you realise you have the power, be passionate, be driven and don’t quit!