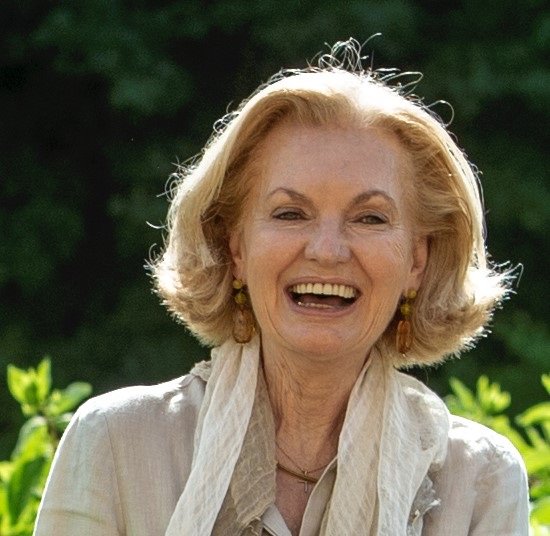 I like challenges. I’ve never suffered from imposter syndrome. Actually, you could say that I was born an imposter”

My father had always stressed the importance of women making an effort to be independent. He came from a background where it was easy for men to climb the ladder without having any qualifications, but it wasn’t the same for women. He thought that it was important for his 4 daughters to get university degrees, something that I am still very grateful for. Now is when I realise how far into the future he was looking, and how right he was. He encouraged me to not only get a university degree, but one that was broader than what was expected from me as a woman. In school, I was good at maths, so he pushed me to study maths and engineering. I went on to study at the school of Engineering at Stanford University, where I was the only female graduate out of a class of 250.

I was lucky enough to work at a company in the United States that was quite technical. Your gender didn’t matter; all that mattered were your technical skills. There were just as many women as there were men. It was only when I went back to Belgium - in 1973 - that I decided to try working at large companies, like the banks. There, I noticed it was a challenge getting a job in this sector as a woman. At job interviews, they were asking about my husband’s endeavours, and I just thought, “why are they not asking about me?”

I did meet a wonderful man and highly qualified who loved mathematical models. He offered me an opportunity to work with him on management control and forecasts. I stayed for an amazing 20 years, until I realised that the world of finance was very tough for women. The banking world was not easily accessible for women. Women had to challenge the culture and fight for their place. I will admit, at one point I gave up. Luckily, I met a fantastic professor from the University of Jerusalem. He had asked me if I liked my job and I had to admit that I didn’t. “The atmosphere is terrible, I have to fight for every single thing, there aren’t many women, and our country is not ready for that change” I exclaimed. He advocated that I get my PhD, which was an option that was met with a bit of hesitation on my side. Eventually I asked myself, why not? I ended up getting an amazing fellowship which allowed me to get a PhD in Applied Economics.

I started teaching at a university and I absolutely loved it! As a professor, I was able to achieve my childhood dream of helping people. Even though it was quite an ambitious goal, I thought that if I can change the life of one student, that would be fantastic. If I can help somebody change their perspective on accounting and finance, and if I can help them succeed, then I believe that this is totally worth it. To this day, I have students who write me e-mails, telling me about their career and I think, wow, my time here was virtuous.

The way my career turned out as it did, was mainly by chance. If I could go back in time and talk to my younger self, I would say to not wait until I was convinced to do something. It is something very important that I use for myself even now. In the past, I used to think that once I’ve made the choice, there would be no going back. Well, that wasn’t true- and it took me a while to discover. If you’re convinced that there is no future for you on a certain path, change! Make a bet, and if this isn’t the right choice either, then change again!”